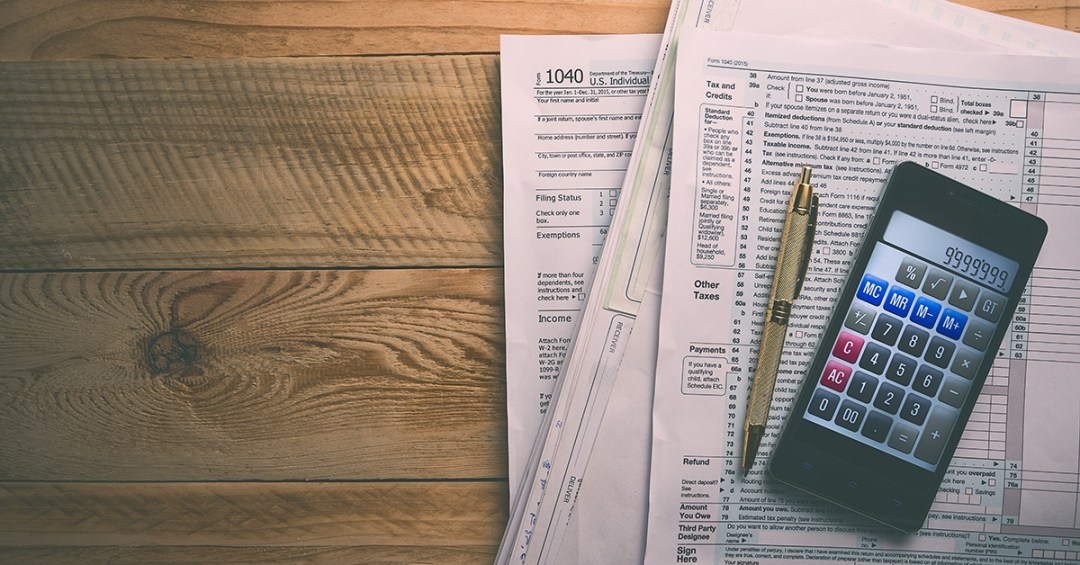 Will My Taxes Change Under a Biden Presidency?

If you’ve tuned into any of the Presidential debates, seen ads on TV, or scrolled through your  social media, you have probably heard some discussion around taxes. Joe Biden has stated that he plans to increase taxes on households with more than $400,000 in income and that if your household income is less than that you will not see an increase in taxes.

Let’s define “income”. In simplistic terms, your gross income is your salary. From a tax perspective, there are many derivations from gross income. By following a US tax return you would find that there are other sources of income (e.g. dividends, capital gains, IRA distributions, etc.) that will be included in your Total Income. Your Total Income is reduced by “above-the-line” deductions to arrive at your Adjusted Gross Income (AGI). From there, you subtract the “below-the-line” deductions, usually either the standard deduction or an itemized deduction, to arrive at Taxable Income. Why did I go through this mini-exercise of how to arrive at Taxable Income? Because Taxable Income, not Total Income, is what is subject to the tax bracket tables. So when Joe Biden refers to a household making more than $400,000 in income, he is likely referring to Taxable Income. For example, for those that have a household salary of exactly $400,000 would not be included in the group that Biden refers to, because ultimately their Taxable Income would be something less than $400,000.

I don’t have a statistic to back this up, but I would guess that most Americans would lump all taxes into one giant tax bucket that ultimately goes to the federal government. Of course taxes are more complicated than that. For one, there are federal taxes, state taxes, and local taxes. Most of this blog will be focused on federal taxes. Furthermore, most of the time devoted to discussing taxes is around the federal individual income tax, because it affects a vast majority of people in the United States. I’ll also briefly touch on transfer taxes (estate and gift), retirement plan deductions, and corporate tax.

What proposed tax increases or changes have we heard about?

Increase capital gains tax. Biden also proposes an increase in the capital gains tax. A capital gain is realized when an asset (e.g. a stock) is sold at a price higher than the price that the asset was purchased. Long-term capital gains (the asset is held greater than one year) can be much more favorable than ordinary income tax rates. The proposal is to increase the highest long-term capital gain rate from 23.8% (technically it is 20% capital gains tax plus 3.8% net investment income tax = 23.8%) to the highest proposed marginal tax rate of 39.6%, for those “making more than $1 million”. It goes without saying that those making more than $1 million are making a pretty good amount of money, but it isn’t entirely clear if that refers to individuals or those married filing joint tax returns.

Flat credit for retirement plan contributions. This next point isn’t necessarily an increase in a tax rate, but it instead limits the amount taxpayers could deduct for their retirement plan contributions. Ultimately that could mean a higher tax bill for high-income earners. Retirement plans such as a 401(k) allow a worker to defer income taxes on the amount that they contribute to the retirement plan, within the IRS-allowed limits. IRAs have similar tax-deductible features. The way it currently stands, if someone in the 37% tax bracket were to contribute $10,000 to a tax-deferred retirement plan, they would realize $3,700 of savings for the tax year. Meanwhile, someone in the 22% tax bracket would only realize $2,200 of savings if they were to contribute $10,000 to the same tax-deferred retirement plan. Biden would like to equalize the tax savings by imposing a flat contribution credit. The Biden website doesn’t specifically propose what that flat credit would be, but some analysts expect a 26% tax credit. High income earners might want to reconsider their tax-deferred vs. Roth strategy if this were to go into effect.

Elimination of stepped-up basis. One proposal that would greatly change how people approach estate and legacy planning is getting rid of the step-up in basis of inherited assets. In most cases, someone that has inherited assets from a decedent will receive a step-up in basis. For example, if someone bought $10,000 of stock (their basis is $10,000) and it appreciated to $100,000 and sold it while they were alive, they would realize a $90,000 gain. The $90,000 gain would be taxed at capital gains rates. If that same person died before selling the stock and passed it to a beneficiary, the beneficiary receives a “step-up” basis of the fair market value of the stock at the date of the decedent’s death (let’s assume it was $100,000). Therefore, if the beneficiary sold the stock right away for $100,000 they would not realize taxable gain ($100,000 market value – $100,000 stepped-up basis = $0 taxable gain). If Biden’s proposal were to come to fruition, the beneficiary would not receive the stepped-up basis and instead have to pay tax on the $90,000 gain. The Biden proposal could end up taxing unrealized gain obtained from an inheritance, meaning that the beneficiary could get taxed without even selling the assets. There would be some planning opportunities in this case, including strategically selling the assets during their lifetime, gifting the assets, or utilizing life insurance to help beneficiaries with a potential tax bill.

Elimination of the QBI deduction. The Qualified Business Income (QBI) deduction will be eliminated for those that make over $400,000 in income. I will touch more on this later but this could essentially increase the tax bracket for high income, self-employed business owners from 29.6% (with QBI) to 39.6% (Biden’s proposed highest marginal tax bracket).

What (most likely) would need to happen for Biden’s tax plan to go into effect?

First, win the Presidential election. Then the Democrats would likely have to sweep Congress by maintaining a majority in the House of Representatives and win a majority of the seats in the Senate.

What about the TCJA sunsetting?
Let’s not forget that most of the existing provisions that affect individuals and families from the Tax Cut and Jobs Act in 2017 are set to sunset on December 31, 2025. That means the following will go back to pre-TCJA code, unless the tax code is updated between now and then:

Individual/household tax rates
For the most part, households saw a reduction in their marginal tax rate under TCJA. However, those that have taxable income between $400,000 – $424,950 (married filing jointly) actually saw an increase in their top marginal tax bracket from 33% to 35%. After TCJA sunsets, the highest marginal tax bracket will return to 39.6% from 37%.

Pass-through entity deductions
Up to 20% of Qualified Business Income (QBI) can be deducted from income received from flow-through entities. Business owners that are part of an S-Corporation, a partnership, sole proprietorship, or another pass-through entity that have utilized the 20% QBI deduction will have to resort back to tax planning strategies that they have used for several decades before TCJA was enacted.

In summary, there is a lot that is up in the air when it comes to how the tax code may change. It might not change much at all if President Trump gets re-elected or if Joe Biden gets elected and there is a split Congress. It could change significantly if Joe Biden gets elected along with a Democratic sweep in the House and Senate. The way it currently stands is that many provisions will at least sunset at the end of tax year 2025. My main goal of this blog is to provide some education and insight rather than try to convince you that one tax code is better than another. We would love to be a resource for you and will continue to keep our clients informed as new developments arise.