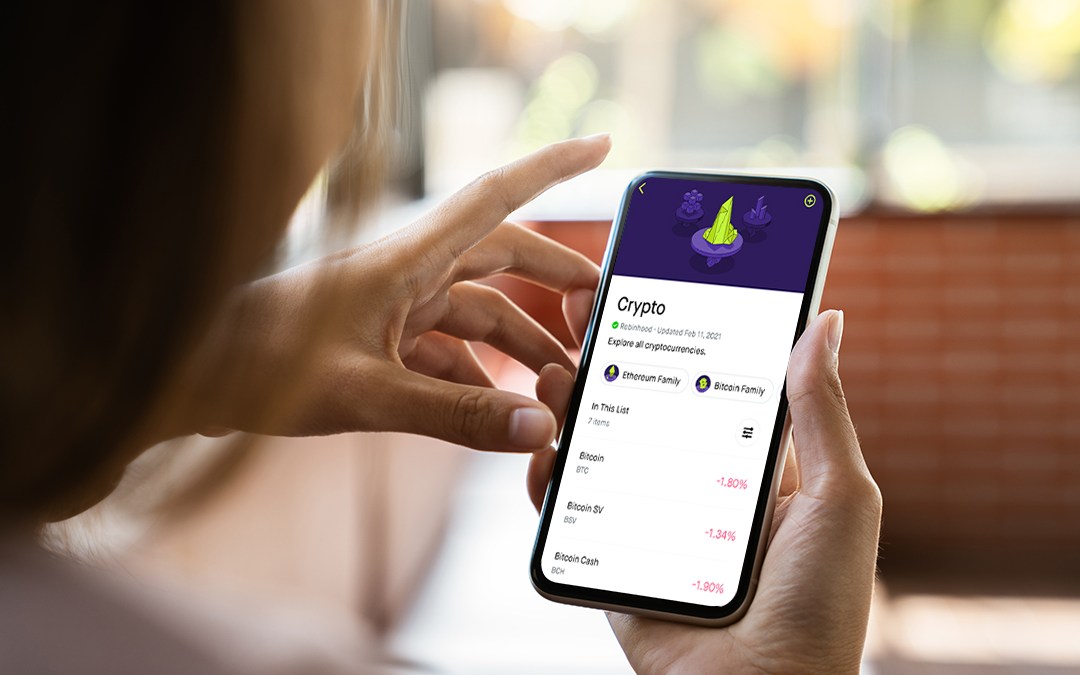 Does Cryptocurrency Get a Step-Up in Basis Upon Death?

With the rise of virtual currency – such as Bitcoin or Ethereum – there are many investors that have significant unrealized gains embedded in their holdings. But when someone passes away, their holdings may go through a step-up in basis (depending on what it is they’re holding and how it’s held, e.g. brokerage account, Roth IRA, etc.). Effectively, the value at the date of death becomes the new cost basis for that asset. This may benefit the beneficiary greatly since there are no longer any unrealized gains to recognize at the date of death.

Because of the novelty of virtual currencies, many investors who have cryptocurrencies may be wondering where those fall in terms of a step-up in basis. Here’s your answer.

Cryptocurrencies are treated as property in the eyes of the IRS. One bulletin to read is IRS Notice 2014-21. Due to the tax treatment as property, the step-up in basis provision does apply to cryptocurrency, including Bitcoin, Ethereum, and yes, even Shiba Inu.

You can read more about other assets that step up in basis in our general overview of step-up in basis here.

Disclosure: We are not CPAs. Please consult a tax professional if you have any tax questions specific to your own personal situation.

A Big Problem with using Cryptocurrency as a Payment Tool

So you got a little adventurous a few years back and decided you wanted to make the leap and buy some cryptocurrency. Whether it’s ether, bitcoin, or any other variety of cryptocurrency, eventually you may decide that you would like to use some of that newfound wealth (presuming that it, in all likelihood, has increased in value) to send a payment in your cryptocurrency of choice to a vendor, like maybe to buy that NBA Top Shot NFT or even to show off your trading prowess by buying a Tesla with bitcoin.

You agree to buy something and send out your payment for that digital artwork that you just had to have. If it’s bitcoin, it probably takes around ten minutes for the transaction to actually clear (far longer than a U.S. dollar-based credit or debit card transaction of course, at a far higher environmental cost).

Let’s say this was a transaction in the equivalent of $5,000 in USD. Here’s the problem – unlike sending a stable currency like the U.S. dollar (which triggers no capital gain or loss), this will trigger taxation on the cryptocurrency transaction. In a very simple example, if you originally bought $500 USD in bitcoin in 2015 and you sent out the $5,000 USD to buy your artwork, you will have to recognize a $4,500 capital gain from the transaction despite never converting the cryptocurrency to USD.

In another example, you saw a cute cat meme that became the avatar for the newest coin that you couldn’t pass up, kittycrypto. You decided your dogecoin was no longer the “in” currency to have and therefore, you exchanged your $10,000 USD equivalent of doge, which you bought for $6,000 USD three months ago, into kittycrypto. Unknowingly, you have again triggered taxation, and this time it was held less than 12 months; it is now a short-term gain taxed at ordinary income tax rates.

For those that may think these are merely examples, the Oakland Athletics have recently become the first team to accept Dogecoin for tickets. This is not the first time they have dabbled in accepting alternative currencies to USD, but as in my example above, be sure to track your transactions since it may involve a capital gain or loss.

Join us at the ballpark as the Blue Jays roll into town!

Two-seat pods in the Plaza Infield are available for 100 Dogecoin for the series.

As the utilization rate of cryptocurrency continues to escalate, unanticipated taxation may be triggered with transactions. Because we are not used to looking at the cost basis of our U.S. dollars when we make daily transactions, this certainly isn’t top of mind for people and should be treated with a critical eye and solid accounting. If you are also getting the feeling that using cryptocurrencies for everyday transactions is fraught with peril, also consider the Bloomberg Opinion article linked above, “One Bitcoin transaction would generate the CO2 equivalent to 706,765 swipes of a Visa credit card.” Maybe next time you should just use the plastic.

For more information on cryptocurrencies, see:

A (Somewhat) Plain English Introduction to Cryptocurrency and Blockchain (blog)

Please note that this is not an offer or endorsement to purchase cryptocurrencies or NFTs, nor does Clint Walkner offer tax advice and is not a CPA or tax professional. 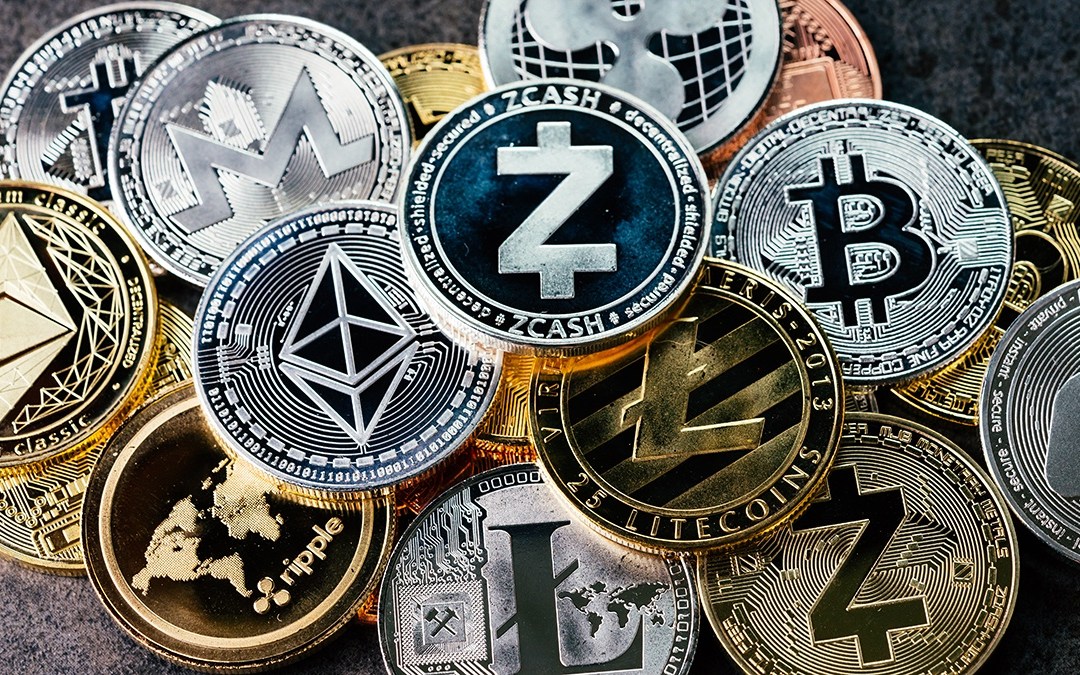 A (Somewhat) Plain English Introduction to Cryptocurrency and Blockchain

If recently you have begun to feel like finance has entered some bizarro world, you’re not alone. After passing through my 20th anniversary of being a “financial advisor” (with many different titles along the way), few, if any, times in recent history have we seen such rapid adoption of a new financial instrument like cryptocurrencies. Conceptually, it should make some sense – blockchain technologies offer the ability to create a permanent log of data, making it a (presumably) secure transaction.

Cryptocurrencies have their place inside of the blockchain, offering a mode of payment to facilitate these transactions. The appeal of these is to cut out the middleman, which in most cases is a payment processor, and allows transactions to be conducted between people or entities more seamlessly. By cutting out the processor, fees are reduced, and in some more nefarious cases, the transaction could be obfuscated for illegal activities. The ultimate goal for many is to achieve decentralized finance, or DeFi, where transactions can occur outside of common fiat currencies, securely and easily. If implemented in a utopian way, we could see cross-border payments seamlessly sent without high wire fees or excessive governmental scrutiny, which would also provide a way for unbanked individuals to have access to financial systems to facilitate transactions. Think about this – if you lived in Venezuela and endured their famous 10 million percent inflation rate, cryptocurrency doesn’t sound half bad!

For those that have looked into cryptocurrencies, there are scores of coins, each relying on its own blockchain technology or an iteration of a previous one by the process of “forking.” Taking this one step further, many applications have been built off this technology, known as “dapps”, or decentralized applications. This utilizes smart contracts, which are executed automatically when an event occurs. In a simple form, think of a bet you make with a friend on whether or not the Packers win. The dapp checks with a data set to confirm a victory, and the crypto payment is made from one account (known as a wallet) from the always gullible Bears fan. The record of this transaction is stored on the blockchain to assure data integrity.

While there are many out there that believe in the mission of cryptocurrencies, there is no doubt that the headlines have not come from the reliability and stability of the currencies, which have been traditionally lauded for transparency, reliability, and stability. It is obviously due to the returns, which have led to an estimated 100,000 people with more than $1 million dollars in equivalent bitcoins. This has obviously created a media frenzy as well, breathlessly writing stories around new wealth created and lost. Additionally, there are so many online communities fulminating about cryptocurrencies you can find a top 50 crypto memes page focused on all the absurdities around the community. FOMO, indeed. (Fear Of Missing Out, for those uninitiated!)

So are cryptocurrencies actually a thing? The answer is likely yes; however, it is puzzling as to why all of this is so popular in the first place. The goal of most currencies is to provide a stable source of value so that transactions can occur seamlessly, transparently and easily. In the end, when you hand over U.S. dollars for a transaction, do you look at the exchange rate that day and how that may impact your transaction? Of course not. Add into the mix a troublesome past with hackers, a fairly dismal environmental record, and low transactions per second compared with traditional payment processors such as Visa, and you can see why they are some skeptics out there.

Perhaps we need to reframe our expectations a bit as to how we treat cryptos. Right now it appears to be mostly just a speculative investment more akin to a microcap stock rather than an actual currency. As the market matures and the value becomes more stable, we could see cryptocurrencies becoming utilized for the very reasons they appear to be designed for – adding a decentralized, secure process to send something of value from one person to another. Until then (if it ever happens), we will see whether this is a spectacular speculative bubble or literally one of the things that changes finance forever.

Do you want to learn more? Check out our recent podcast episode on non-fungible tokens (NFTs), which have quickly introduced the world to digital artwork, sports highlights, and even tweets that involve the blockchain and digital ownership of these works.

Clint discusses the basic framework behind NFTs, which include NBA Top Shot.