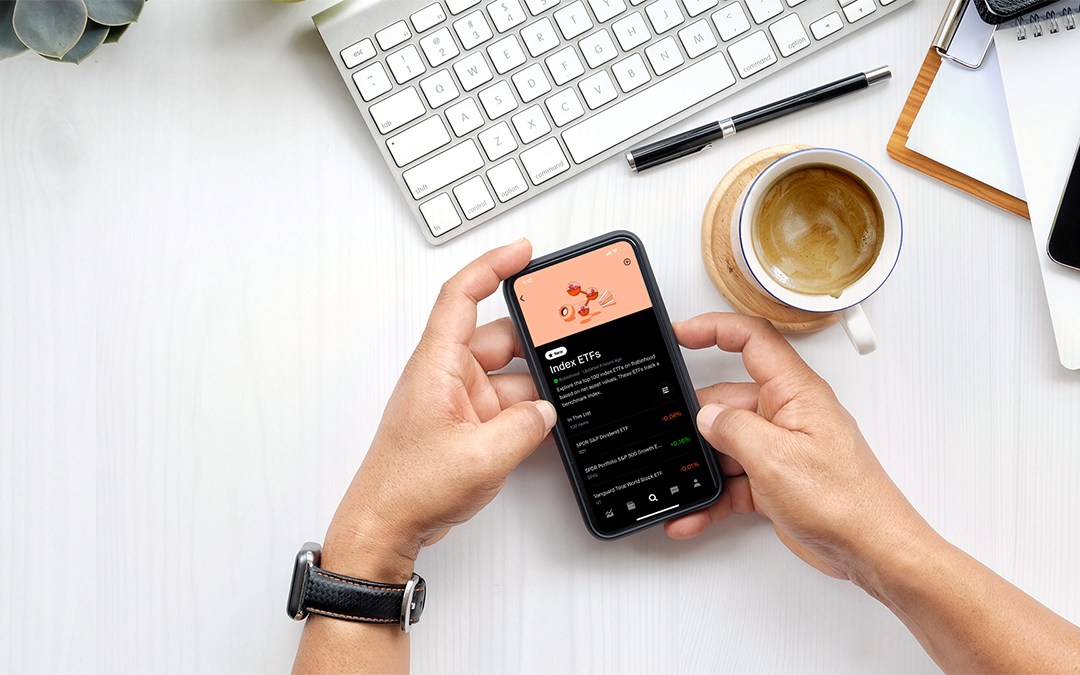 What is Index Investing? History, Construction, Weightings and Factors

The subject of index investing is one of the most popular topics of the investment industry. It is written about constantly in business magazines, newspapers, and websites and generally comes with the author’s opinion on the topic whether you are interested in their opinion or not. As often as it is covered, I rarely find a piece that explains indexes and index investing in an easy-to-understand way. The goal of this article is to provide a general overview of indexes, the differences in how indexes are constructed, including equal-weighted indexes versus market capitalization-weighted indexes, and passive and factor indexing strategies.

A BRIEF EXPLANATION AND HISTORY OF INDEX FUNDS

One of the most notable indexes is the Standard and Poor’s 500, more often referred to as the S&P 500. Simply put, the S&P 500 tracks the stock performance of the 500 largest companies, primarily based in the U.S. Investment companies took this idea and developed a way to purchase this basket of 500 companies in one investment as opposed to buying each stock as its own investment. The index itself was created in 1957 and is used to provide a broad representation of the overall stock market’s daily performance. The Dow Jones Industrial Average, which is arguably the most well-known index, is made up of only 30 stocks and, therefore, gives a more narrow representation of the market. The first S&P 500 index fund was created by Vanguard in 1976. This was the beginning of an entirely new way of investing. The vast majority of index investments, including Exchange Traded Funds, that exist today have been created within the last 20 years

An Exchange Traded Fund (ETF) is a different form of index investing. The first ETF was created in Canada in 1990, with the first U.S. ETF created shortly thereafter in 1992. One of the fundamental differences between index funds and ETFs is that ETFs trade throughout the day on a given exchange and, therefore, have price fluctuations intraday. Mutual funds only change their price per share once per day after the market has closed. With ETFs behaving more like individual stocks, they tend to be more tax-efficient than mutual funds as well.

THE EXPANSIVE WORLD OF INDEXES

Since the beginning of the 2000s, the index investing world has exploded with offerings. The bellwether indexes of large companies, mid-sized companies, and small companies have given way to more niche and exotic indexes such as cybersecurity, photonics, and global blockchain, to name a few. A recent estimate put the total number of ETF investment products at more than 7,000; however, the number fluctuates by the day. The splintering of the ETF market also creates challenges in comparing what appear to be similar index investments, only to find out they can be vastly different. If we look at three Small Cap US ETFs from Vanguard (VB), iShares (IJR), and Charles Schwab (SCHA), we find three very different investments. 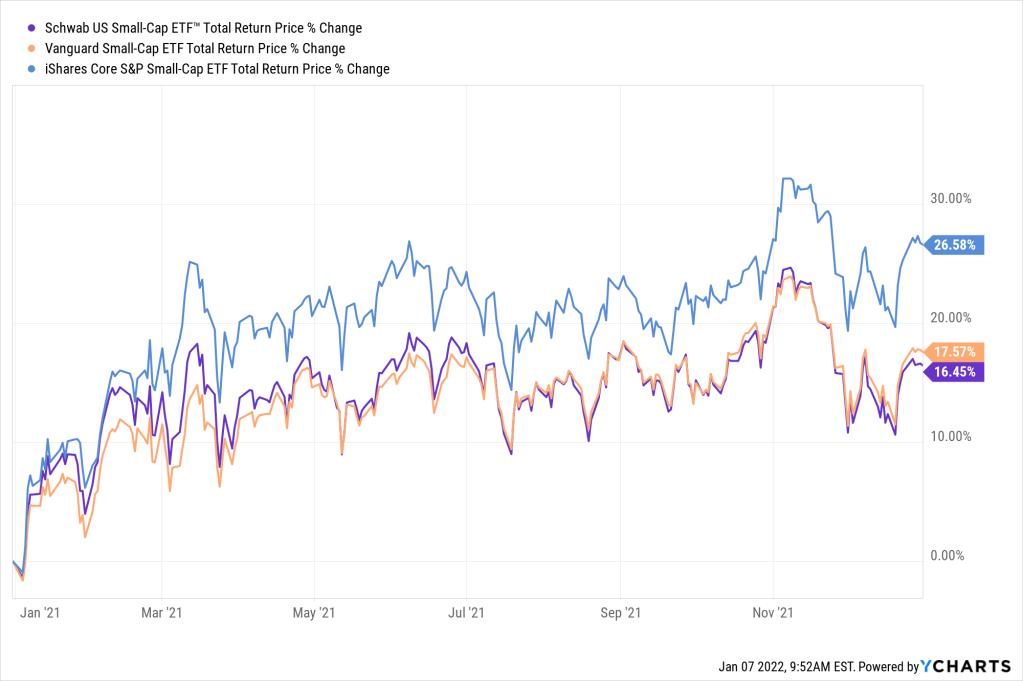 This chart represents a one-year performance comparison between the three mentioned ETFs. While this is a relatively short time frame for performance, the chart highlights the drastic difference between these investments, even though they all appear to be similar by title. The biggest reason for this performance variation is the makeup of each of these investments, which represents a different investment philosophy. The Schwab ETF owns the most small-cap companies in its basket with 1,761, then the Vanguard investment with 1,560, both of which dwarf the iShares offering with 684 total holdings. These are three of the most popular, passively managed U.S. small-cap index investments. It is fair to say that not all small-cap index investments are created equal.

The development of index investments has evolved drastically over the past two decades. Let’s start with the most basic – the S&P 500. The purchase of an S&P 500 fund will yield you a basket of the 500 largest, mostly U.S.-based companies. The methodology used to determine the 500 companies that make up the S&P 500 is agreed upon by the investment community as a whole, in that, the list of companies that make up the index is published and accepted. That said, the construction of S&P 500 index funds can be quite different because the relative weighting of each of the 500 stocks can be different. Many of the S&P 500 funds are market capitalization-weighted, meaning that the largest stock in the index holds the largest position within the fund. This, proportionally, happens all the way down to the 500th company in the fund. By purchasing a market-cap-weighted index fund, the investor should understand they are not getting an equal slice of all of the stocks in the 500. Currently, the top five companies in the 500 make up over 20% of the index. By comparison, an equal-weighted index fund will do just that – invest an equal amount across all of the stock in the index. Here is a chart to illustrate how the performance of these two strategies may differ by using the SPDR S&P 500 market-cap-weighted fund (SPY) and the Invesco S&P 500 equal-weighted fund (RSP). 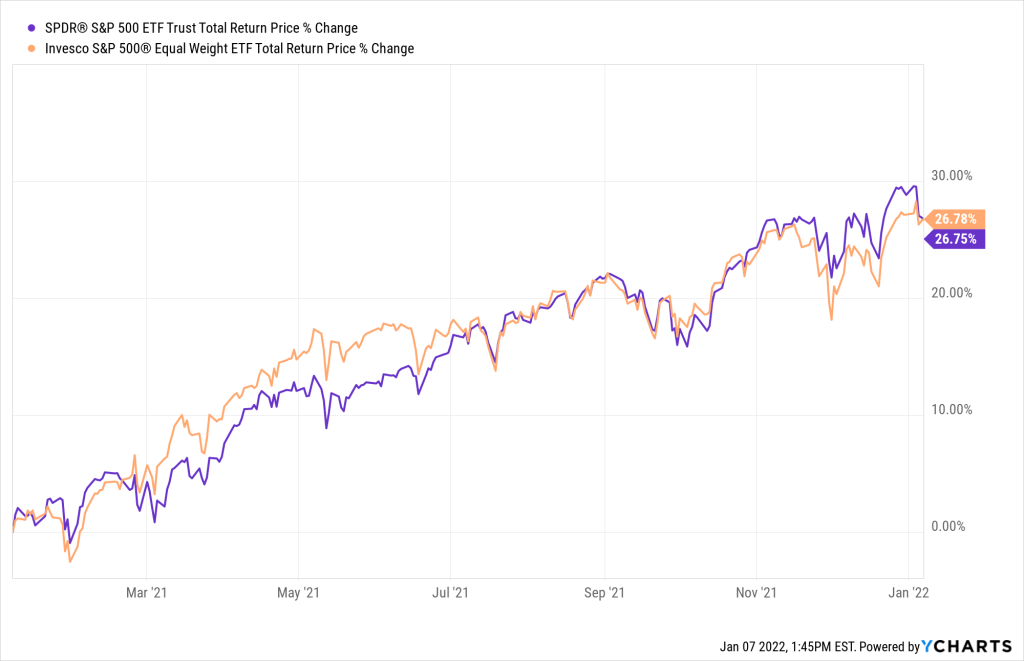 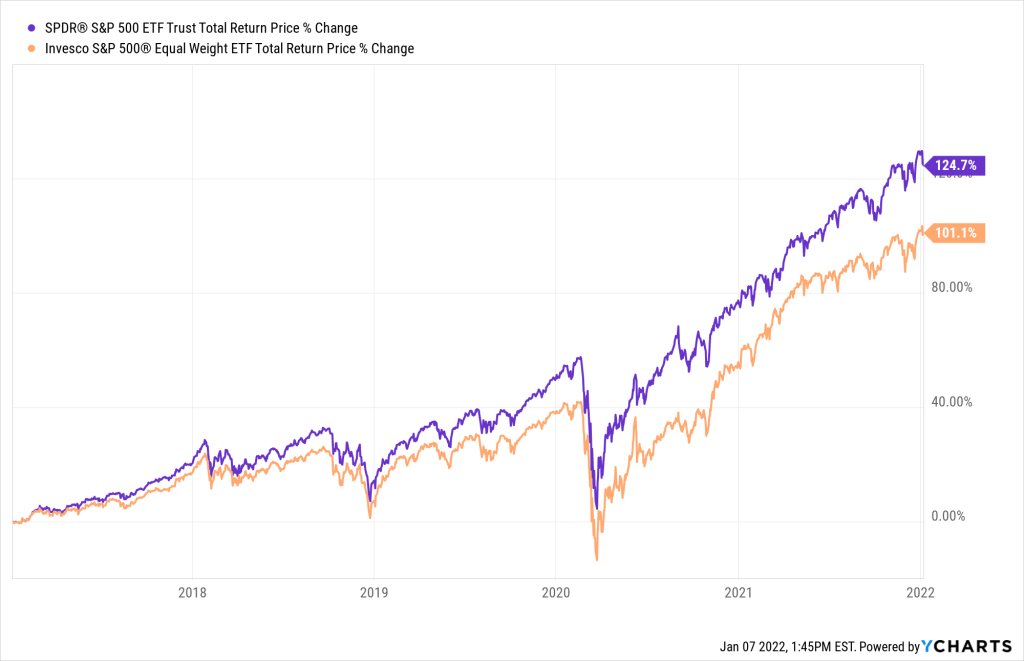 This isn’t to say that one method is superior to the other, but rather, to illustrate the differences in index investing as well as the importance of knowing what you own in your investment portfolio.

In the infancy of index investing, the idea was to model a well-known stock or bond index and simply follow the performance of the stocks in the basket. This eliminated the need for dedicated portfolio managers to use their expertise to pick stock or bond winners for their portfolios. The logic was simple: Why try to beat the performance of said index year-in and year-out when you can participate in the performance of the index. This is the way it went for many years until the development of factor strategies. Factor investing was a groundbreaking idea that would theoretically take a good idea – index investing – and make it significantly better. Typically, factor strategies will start with an index and use factors such as profitability or price-to-earnings ratios to weed out underperforming companies and then rank the remaining companies in the index. The idea is centered around the thought that not all of the companies in any given index are solid investments. Why own the bad with the good? Of course, this idea also relies on the correct combination of factors to determine what defines a “good” company and what defines a “bad” company by way of their investment merit. While the past five years have been difficult for many of the factor investment strategies, there are also periods when they dramatically outperform. 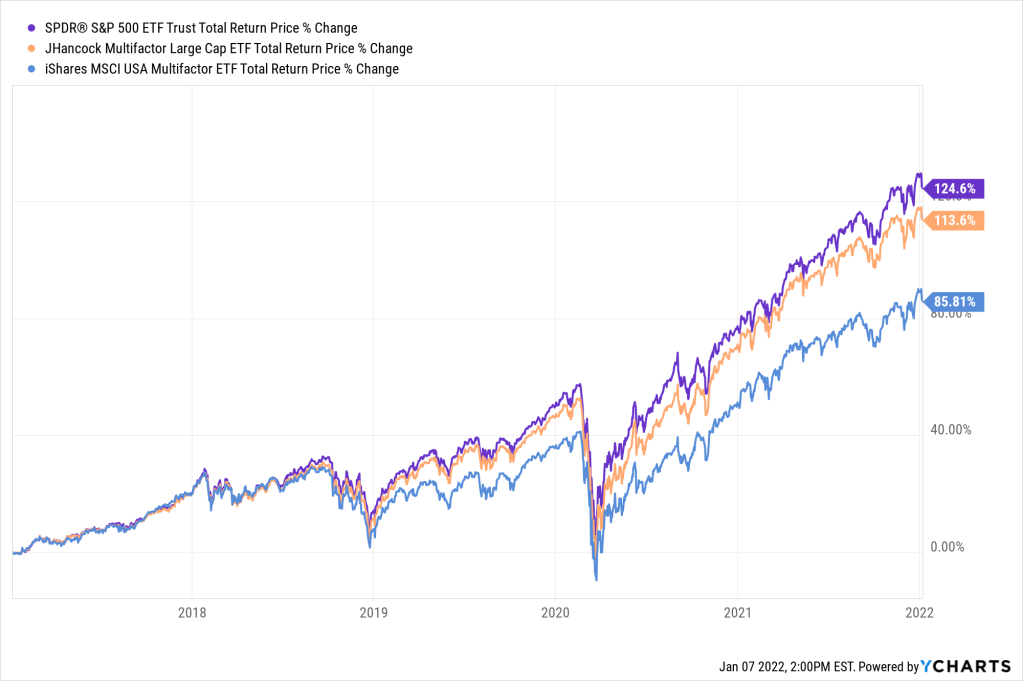 When index investing was created and began to gain traction in the 1990s, it was difficult to see where it might lead. Many investment ideas have come in quickly, had their day in the sun, and went away almost as quickly. Index investing is not one of those ideas. It is as popular today as it has ever been, and the daily creation of new funds is evidence of that growth. Investment companies will continue to tinker with different ways to package their index offerings and try to build a better mousetrap. But, in the end, millions of inventors still prefer to own the funds from the early days, and that isn’t likely to change any time soon. 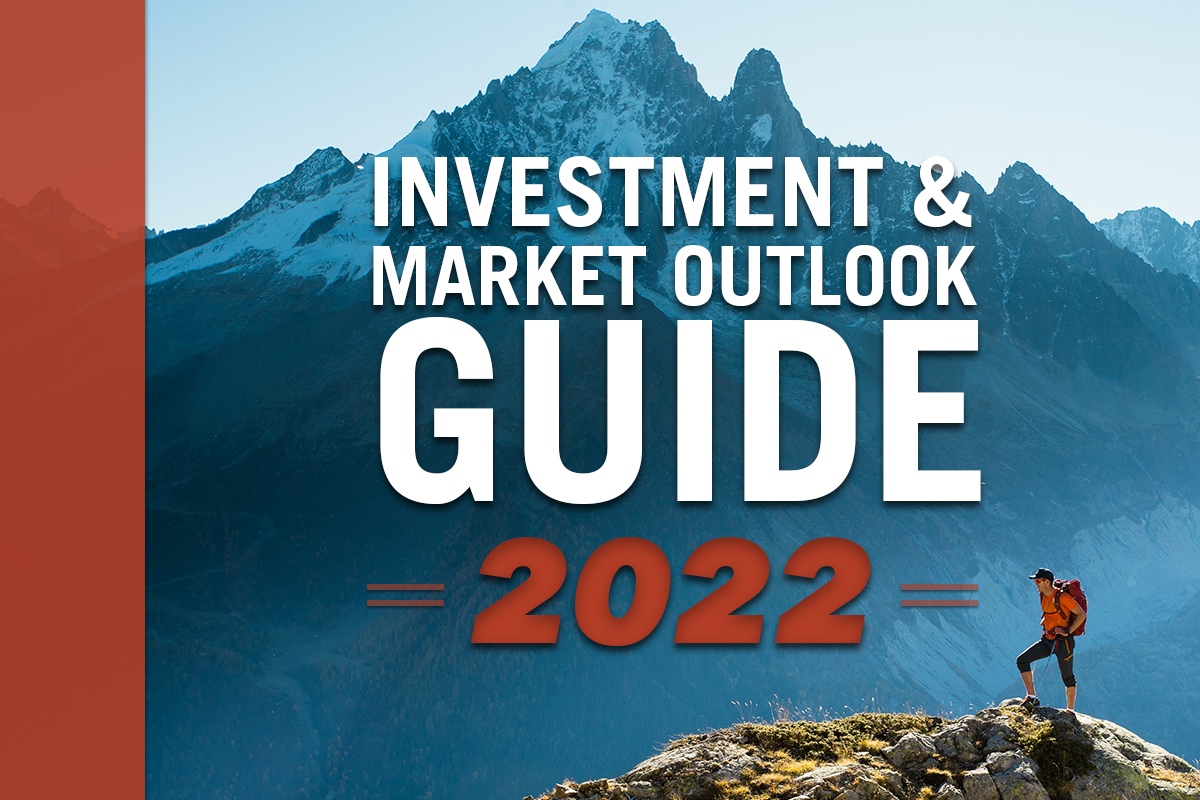 Syl Michelin’s piece is part of Walkner Condon’s 2022 Investment & Market Outlook Guide, a comprehensive reflection of 2021 and glimpse at the factors impacting the year ahead in 2022.