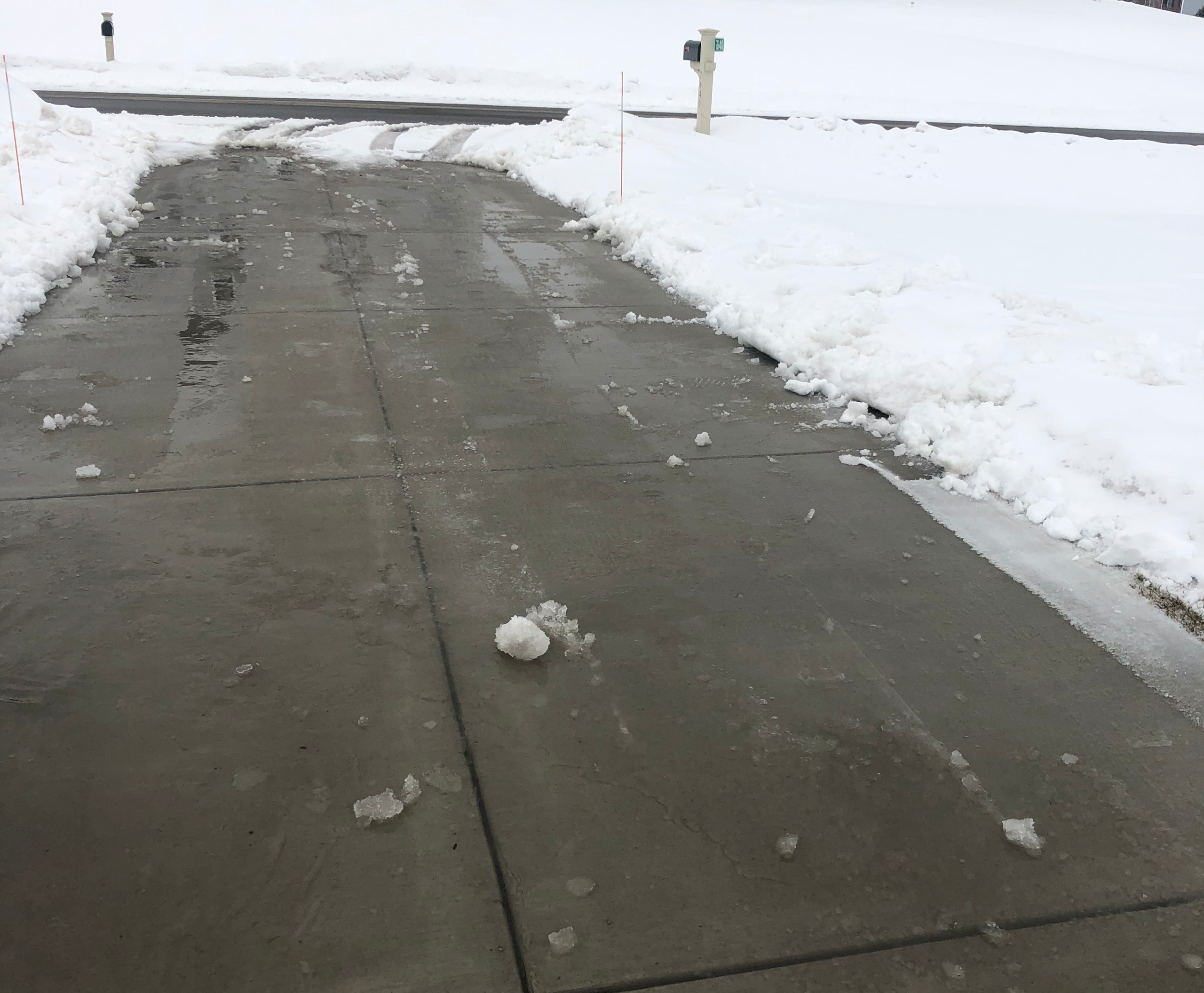 The Efficiency Argument(?): Me Versus My Dad

Me versus my Dad: When Is Good Enough…..Good Enough?

The picture is of my driveway a couple weeks ago. I cleared off a layer of snow from my driveway as best I could. I removed the layer of ice (with some effort) in the areas that anyone would park their cars and walk, including the walkway to the front porch. I attempted to work on some of the ice at the end of the driveway but it was quite stubborn and determined it would take a fairly significant amount of time to complete. Knowing that the snow and ice would be gone by the end of the following week due to the improving temperatures, I decided this was good enough.

Contrast this with my father – I am sure that his driveway was totally shoveled, free of even a hint of snow or ice. It didn’t matter that it would be clear in a couple of days. I can remember as a child saying to him, “Dad, isn’t this good enough?” Now as an adult, I say to my other family members, “He does realize that there are no awards for a clean driveway, doesn’t he?”

My Dad is the hardest working person I know. Undoubtedly he’s also a better man than I. I can give countless other examples of when he went that extra mile and then another mile on top of that to get something to “perfect” completion.

When is clearing your driveway all the way nothing more than a waste of time? What if I told you that I spent the time playing with my kids?

And what if I told you I spent the time laying on the couch watching TV? (Does that actually change what you think??)

When is good enough just fine, and when it is just simply more efficient?