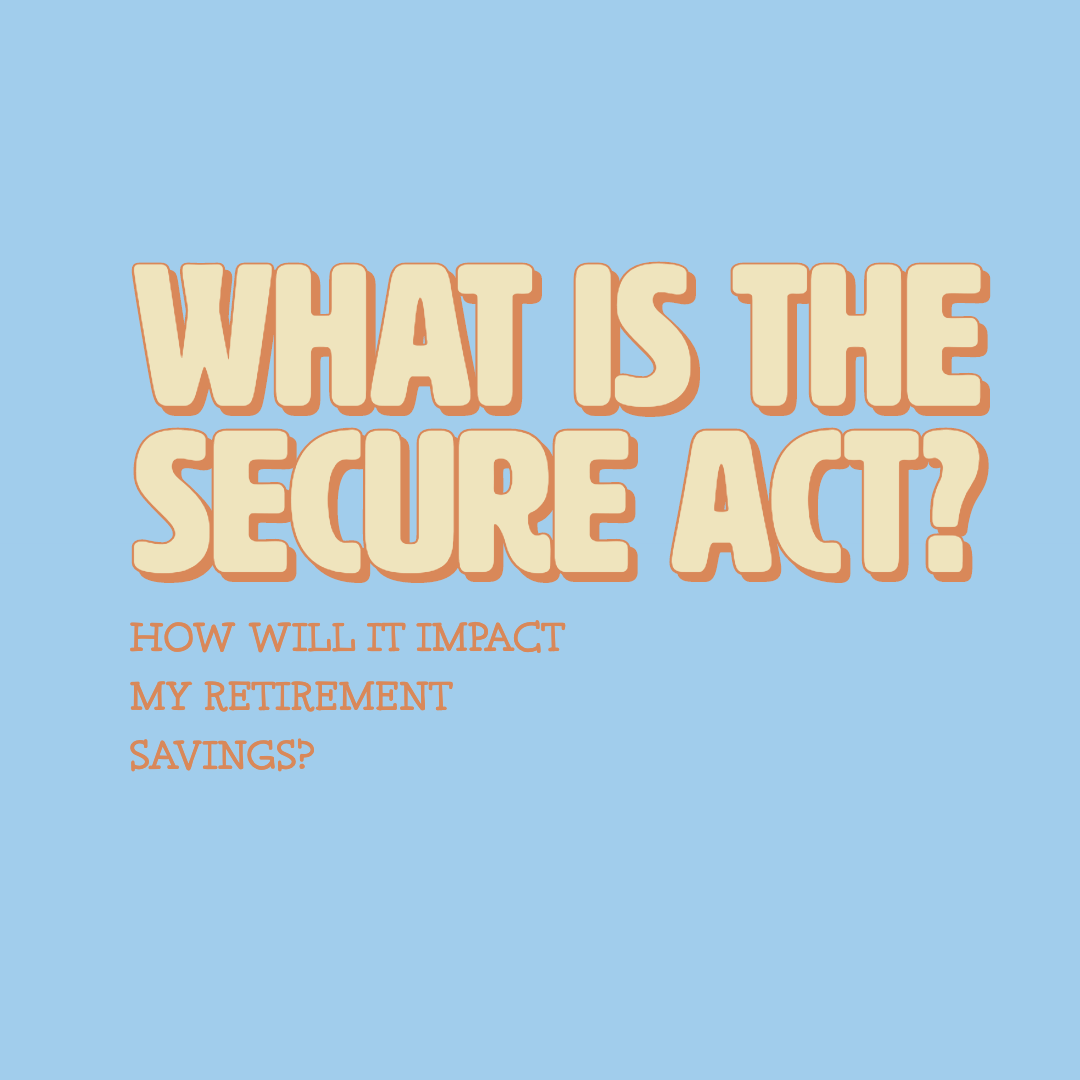 What is the SECURE Act and How Does It Impact My Finances?

Last week the House of Representatives passed a new bill by an overwhelming majority revising the treatment of key parts of American retirement systems entitled the Setting Every Community Up for Retirement Enhancement or “SECURE” Act.  The bill was passed by a massive majority of 417-3 and signals from the Senate and President indicate that the law would likely pass.

There are several key changes proposed in the Secure Act:

While the final text of the bill will need to be examined, there are some interesting planning opportunities and pitfalls available in this bill (for instance, the longer time horizon for contributions, combined with the changed tax treatment for inherited IRAs may mean that Roth Conversion becomes a better option for many clients).  And, given the increased lifespan of retirees, changing both the RMD start date and amounts (determined by actuarial tables) makes a great deal of sense.  Additionally, there are new withdrawal exemptions for child birth and student debt which will help many younger people facing sudden cash needs.

However, more broadly, at Walkner Condon, we’re concerned that this plan could be a huge benefit to the insurance industry which, while frequently presenting itself as an industry in “wealth management,” doesn’t have the same level of fee-transparency as the wealth management industry and fee-only advisors or even broker-dealers. In particular, this concern is related to the possibility of annuitizing assets within a 401(k), because such products (annuities) frequently increase costs for investors rather than lower them and mean less money in retirees pockets at the end of the day. Moreover, the fees for annuities are often needlessly complex and hidden by opaque language. This could also mean that retirees may lock themselves into contracts that don’t fully account for cost-of-living inflation or other risks. Finally, the shift of fiduciary responsibility away from the companies creating the 401(k) plans may mean they will be less attentive to these hidden costs than they would be if they were more legally responsible for the maintenance of the 401(k) plan.