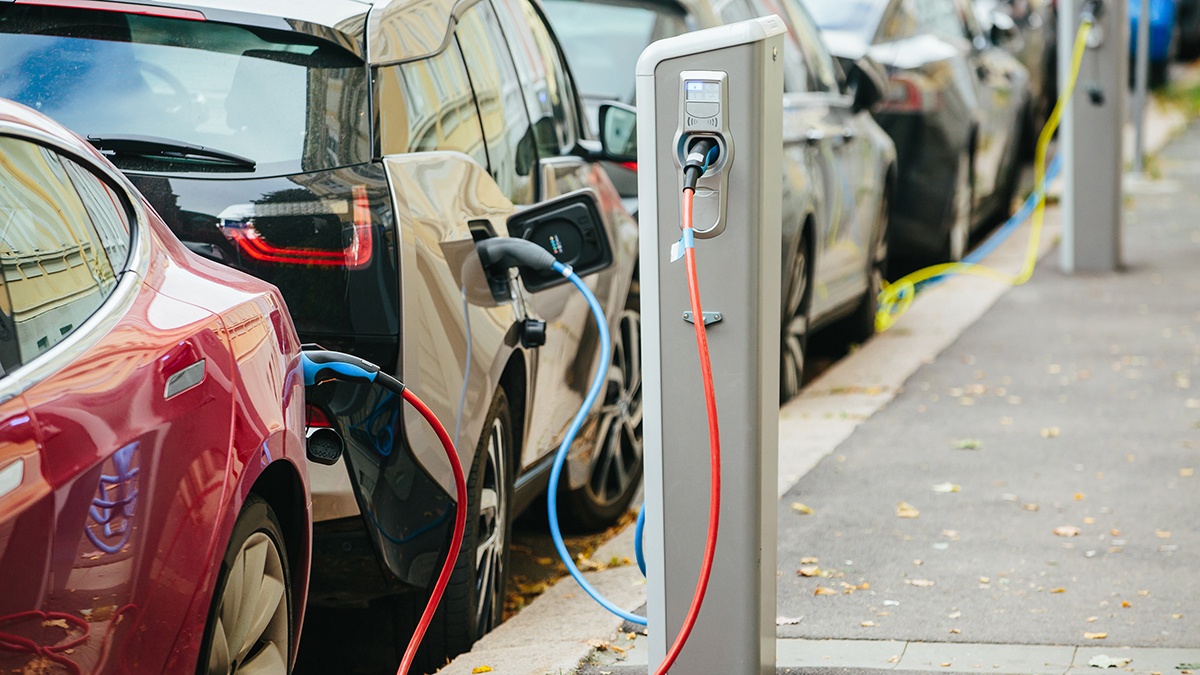 Year of Electric Vehicles: What will Shape EV Trend in 2021?

The ascent of Tesla, both in valuation and ingenuity, has been one for the ages. Elon Musk has been a polarizing figure, but it is certain that he has strongly contributed to the adoption of electric vehicles (EVs). Despite the limitations of the range of the vehicles, lack of charging stations, and a premium price, consumers are increasingly becoming interested in owning vehicles that are seen as more friendly to the environment.

While Tesla vaulted out to a head start, offering cars that are both functional and fashionable (certainly relative to the Chevy Volt or Nissan Leaf), automakers are expected to roll out EVs in 2021 at a much more rapid pace. Rolling Stone wrote an article on “12 Electric Cars to Look Forward to in 2021”, featuring some of the most anticipated offerings. Ford will enter with a version of the Mustang, Mercedes will have a luxury offering, and we will even see an electric version of the (formerly) gas-guzzling Hummer. More startups will potentially offer their electric vehicles in 2021 as well, with rumored EVs coming from Rivian and Lucid, among others.

But…..Tax Credits are Starting to Run Out!

Did you know that there is a generous $7,500 tax credit for buying an electric vehicle? If not, this may be an attractive benefit that may cause you to look closer at EVs. While these cars are almost always more expensive than their gas-powered cousins, this is an attractive benefit. The downside is that once 200,000 cars are sold by a manufacturer, this tax break evaporates….so say goodbye to the tax credit for Tesla and GM. That being said, the Growing Renewable Energy and Efficiency Now (GREEN) Act – still in its early stages – could move the tax credit threshold to 600,000 cars, if it passes. That legislation would carry with it a $7,000 tax credit for vehicles sold between the 200,000 and 600,000 thresholds.

To find out more on who is eligible, see this blog post. The U.S. Department of Energy also offers this really helpful car-by-car breakdown of tax credits and phase-out timeframes.

According to an EV charging blog post from Car & Driver, “most plug-in owners charge at home over 80 percent of the time.” For those that find themselves running low or unable to charge at home, the charging networks have quickly been growing. Tesla has its own charging networks exclusive to their vehicles, and there is an industry standard called SAE J1772, or U.S. Standard Level 2, that will work with every electric vehicle on the road today. Additionally, there are DC fast-charging stations that are becoming more available that will charge batteries at a much more rapid rate. 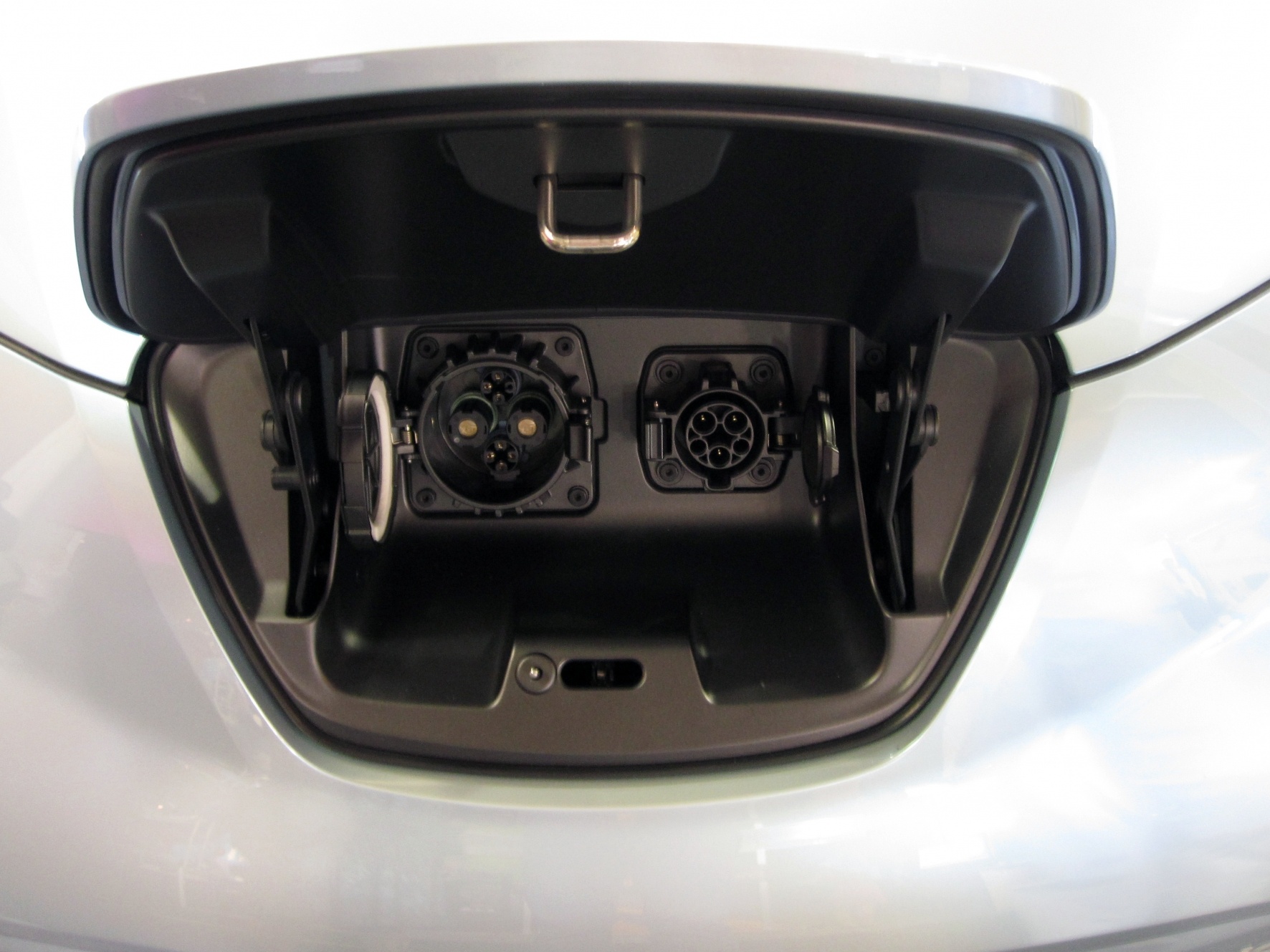 A peek under the “hood” of an EV charging port. The standard J1772 electric power receptacle (right) can receive power from Level 1 or Level 2 charging equipment, while the CHAdeMO DC fast charge receptacle (left) can charge a battery up to 80% in two hours. Photo source: energy.gov

What About Fuel Costs?

For EVs, it’s all about the kilowatt-hours (kWh). Here is a good resource from the U.S. Energy & Information Administration to determine kWh costs near where you live. In Wisconsin as of the writing of this blog post, it was 14.80 cents/kWh on average for residential residences. That doesn’t tell the whole story, however. Kilowatt-hour cost will vary depending on when you access the power grid, so charging at strategic times is beneficial to keeping your costs down. Tesla has some capabilities built in to take advantage of this, turning on the charging at optimal times as well as syncing with your calendar to determine how much you will be driving the next day and therefore how much charging it should do.

So is it less expensive to “fill up” an EV versus a gas-powered car? It’s likely but not certain, as it will depend on whether you use a fast-charging system and it again depends on when and where you do the charging. Read a bit more on the nuances of fuel costs here.

So Are Electric Cars a Good Investment?

We always cringe when we have the moniker of “investment” placed on an asset that is depreciating over time. Conventional wisdom says that EVs being the hot cars of the moment would lead to better resale value; however, with battery technology improving and many more choices becoming available in the market, resale numbers are looking worse, not better. However, with its over-the-air updates, Tesla seems to be an exception to the rule. Even then you may be only a short while away from a game-changing technology that renders previous battery technology obsolete, such as “solid-state” batteries, an exciting and fascinating recent development that could change cars forever. While EVs are certainly going to be massively implemented during the decade of the ‘20s (with even more exciting developments in self-driving technology!), it’s hard to claim that these will be solid investments that will hold their value.

This piece was part of Walkner Condon’s 2020 Review & 2021 Investment Outlook Guide, a comprehensive interactive PDF covering a wide range of subjects and trends, including the S&P 500, electric cars, and more. To read the full guide, please click the button below. 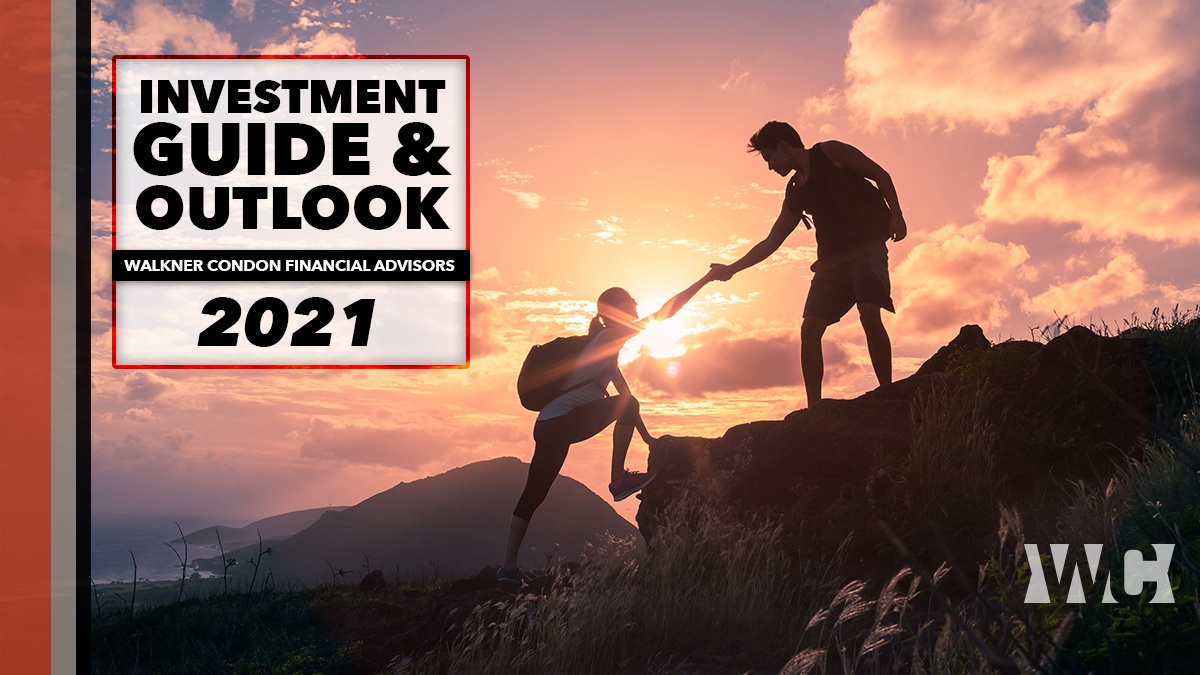